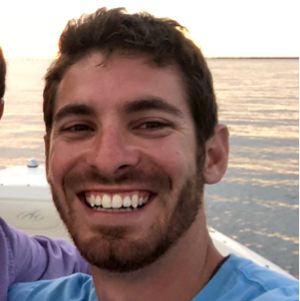 John B.R. Burns (MBA) is the Director of Marketing and Program Development for the Brain Institute of Louisiana. He completed his Bachelor’s Degree in Maritime Transportation with a Minor in Maritime Administration at the Texas A&M Maritime Academy in Galveston. He also earned a Master’s Degree in Business Management at the American Military University with a concentration in Nonprofit Management.

John holds a 2nd Mate Unlimited Tonnage License (Near Coastal/Ocean); 1600 T Master’s License (Near Coastal/Ocean); and a number of additional maritime related credentials. He sailed as a Navigational Officer for the Military Sealift Command and participated in multiple deployments in the North Atlantic and Western Pacific Theaters of Operations in support of 2nd and 7th fleet U.S. Military interest in the Arctic Circle and South China Sea. He has also served in the United States Marine Corps in both active duty and reserve service capacities, and recently returned to New Orleans after living and working on line-haul towing vessels around the Hawaiian Islands.

John will bring his business knowledge, leadership and worldly experiences to the Brain Institute of Louisiana while facilitating community outreach programs and advancing the underlying vision of the organization. He will also coordinate major initiatives to expand and develop educational programs that advance brain health in Louisiana.